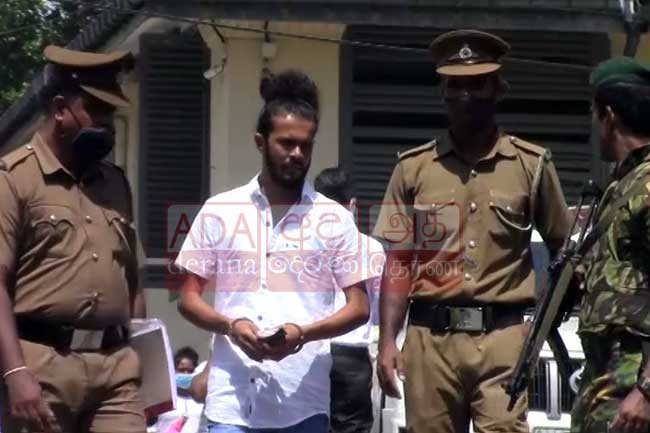 Underworld figure Janith Madushanka alias ‘Podi Lassi’ was questioned by the Criminal Investigations Department (CID) for over 06 hours today at the Boossa Prison in connection with the threats issued to several VIPs, police said.

He was yesterday named as the second suspect in the case filed over the death threats made in public at the Boossa Prison against the President, the Defence Secretary and certain high-ranking officers of the Prisons Department.

Galle Chief Magistrate had ordered to name him as a suspect in the case, after considering a request made by the CID through a motion.

He was also ordered to be remanded until September 25 in connection with that case.

A team of CID officers had visited the Boossa Prison earlier today in order to record a statement from ‘Podi Lassi’.