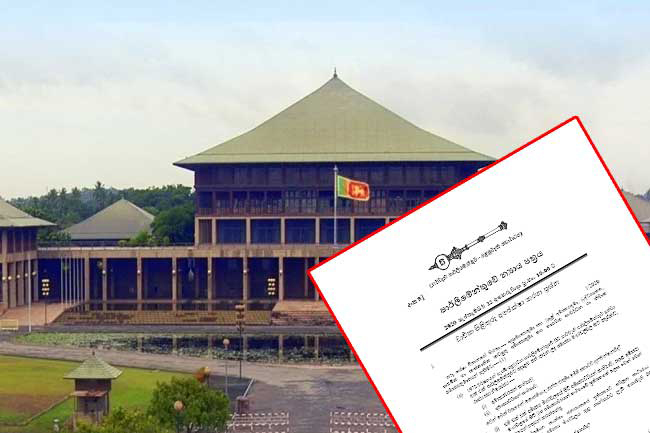 Draft of 20A included in Parliament agenda for Sep. 22

The draft of the 20th Amendment to the Constitution was included in the Parliament’s agenda today.

Accordingly, the draft Bill is to be tabled in the House on the 22nd of September.

Minister Bandula Gunawardena on Thursday (17) stated that the Cabinet of Ministers unanimously decided to table the gazetted draft Bill of the 20th Amendment in the Parliament without any alterations.

The report of the Committee appointed to review the draft of the 20th Amendment to the Constitution was scheduled to be submitted to the meeting of the Cabinet Ministers on Thursday, however it has not been presented.