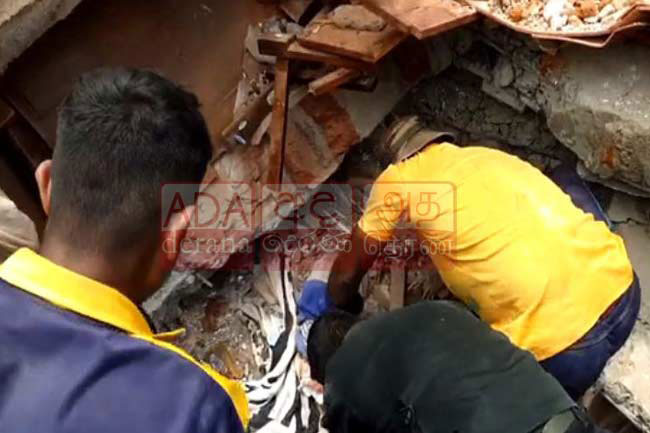 The two bodies of the two persons, who went missing in the collapsed building incident in Buwelikada, have been recovered amid the debris, stated Brigadier Chandana Wickramasinghe, the Spokespe’rson for Sri Lanka Army.

A five-storey building collapsed on to another building at the Buwelikada area in Kandy early this morning (20) due to the inclement weather experienced in the area.

Three individuals including a one-and-half-month old infant were rescued from a house next to the collapsed building and hospitalized.

However, the baby succumbed to its injuries shortly while receiving treatment at the Kandy Hospital.

Another two individuals, believed to be the parents of the deceased baby, were reported missing.

Following extensive search operations to find the duo since morning has led to the recovery of the two bodies.