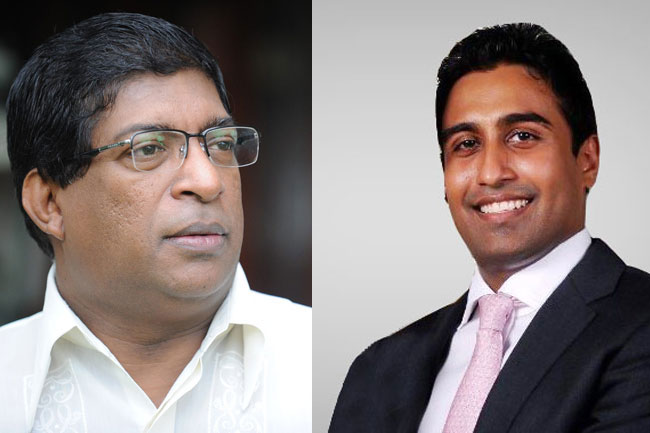 The Commission to Investigate Bribery or Corruption (CIABOC) has filed indictments against former Minister Ravi Karunanayake and the Perpetual Treasuries Limited owner Arjun Aloysius at the Colombo High Court.

Karunanayake has been charged under Section 19 (c) of the Bribery Act for taking up residence –all the while serving as the Finance Minister– at ‘No. 5 PH2, Monarch Housing Complex’ acquired under the Walt & Row Associates (Pvt) Ltd, where the second accused of the case Arjun Aloysius is a director, during the period from 12th February to 30th September, 2016.

The indictments allege that defendant Aloysius had paid a sum of Rs 11.68 million, through cheques of Walt & Row Associates (Pvt) Ltd and Purchasing Capital Company, for the said house.

Arjun Aloysius, the second accused in the case, has also been indicted under Section 19 (c) of the Bribery Act for aiding and abetting the process.

Accordingly, the total number of indictments filed against the two defendants in this case is six.