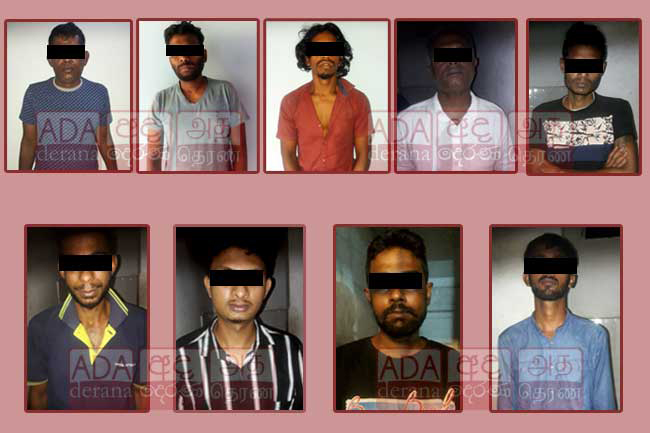 Nine suspects have been arrested by the Sapugaskanda Police, while in possession of 300g of heroin worth nearly Rs.3m million.

According to the police, the drug racket was operated by an individual alias “Tarzan”, an inmate held at the Welikada Remand Prison.

A three-wheeler has also been taken into custody during the operation.

Reports further revealed that the main suspect of the racket had been distributing heroin, provided by the Welikada Remand Prison, in the area of Kurunegala.