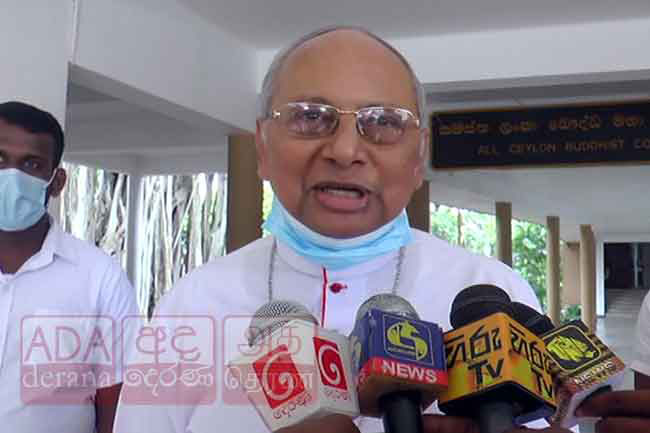 Cardinal happy with process of PCoI on Easter attacks

Archbishop of Colombo Cardinal Malcolm Ranjith says that he is happy with a process of the Presidential Commission of Inquiry probing the 2019 Easter Sunday terror attacks.

The Cardinal mentioned this speaking to the media at the All Ceylon Buddhist Congress held in Colombo.

Responding to a query, the Cardinal stated that he is confident that justice will be delivered in this process.

He added that it is evident to him that they [Presidential Commission] are sincerely looking into the matter.

However, Cardinal Malcolm Ranjith said that they will not issue a statement regarding the Commission until the final report of the Commission is released.