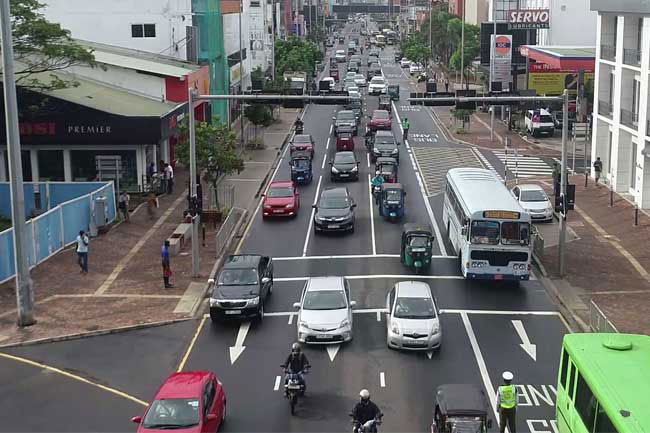 Sri Lanka Police informs that only public transport buses, school service buses, and office transport van and buses will be allowed to use the bus priority lane from tomorrow onwards (September 23).

Accordingly, three-wheelers and motor bicycles are to use the second lane on the road.

Speaking further, Senaratne noted that the traffic speed has increased today compared to the first day when the new lane law was implemented.

In addition, the number of road accidents, too, has gone down, he said.

However, necessary changes will be made to the new traffic rules in the future, considering positive criticism, he added.