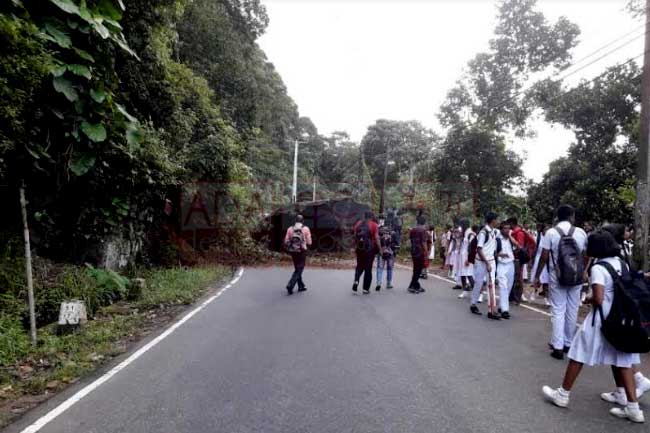 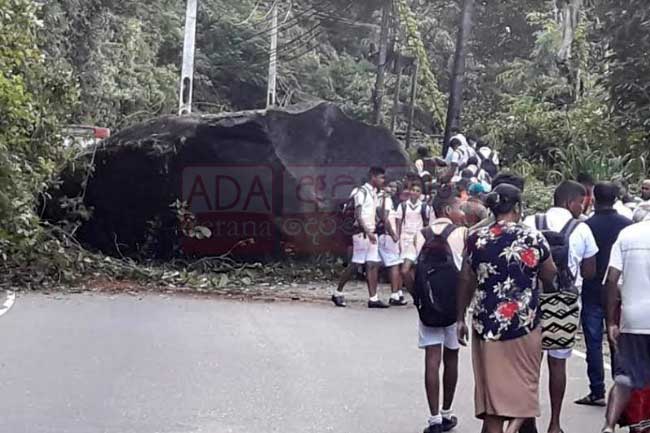 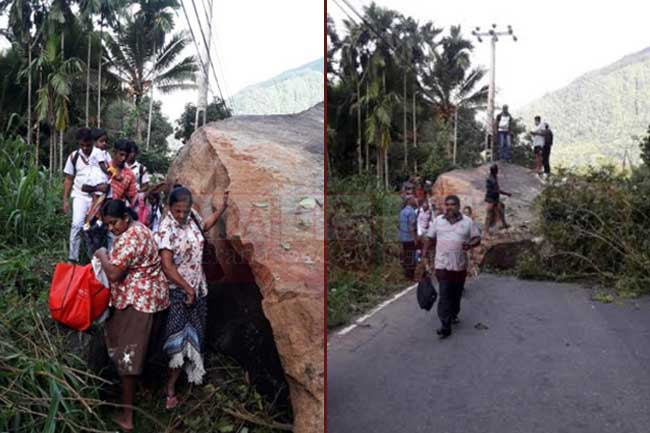 The Colombo-Hatton main road has been blocked for traffic at Rampadeniya, Ginigathhena due to a massive boulder falling on to the road, Ada Derana reporter said.

He said that vehicular movement along the road had been hampered since around 7.00 a.m. this morning (24).

Ginigathhena Police requests motorists to alternate routes such as the Ginigathhena Diyagala, Norton Bridge, lakshapana, Kalugala route due to the risk of more rocks falling on the road and until the boulder is removed.