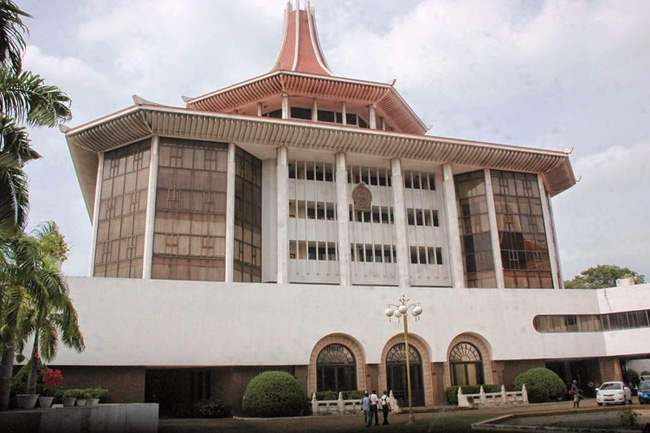 Six more petitions filed against 20A

Six more petitions challenging the draft bill of th20th Amendment to the Constitution have been filed with the Supreme Court today (24).

The petitions were placed by former Governor of Southern Province and former ex-Executive Director of Campaign for Free and Fair Elections (CaFFE) Rajith Keerthi Tennakoon and five other parties, citing the Attorney General as its respondent.

Tennakoon, in his petition, claims that certain provisions of the proposed draft bill of the 20th Amendment severely violate the country’s Constitution.

Hence, a two-thirds majority of the Parliament is not sufficient to pass such provisions, the petitioner pointed out while calling for a referendum as well.

Tennakoon accordingly seeks the Supreme Court to deliver a verdict mandating a referendum to pass the controversial Articles of the proposed draft bill.

Thereby, 12 petitions in total have been put forward against the 20th Amendment so far.