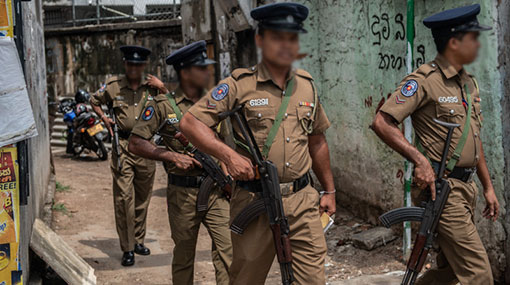 Sri Lanka Police says that a total of 1,481 persons have been arrested during a special operation in Western Province.

Around 70 suspects who had been evading police after committing various offences have also been arrested while 80 unsolved crimes have been solved, police said.

Meanwhile 47 foreign nationals have also been arrested for overstaying their visas.

More than 120 grams of heroin, nearly 3 kg of cannabis and over 67 grams of  ice (crystal methamphetamine) were taken into custody during the operation.