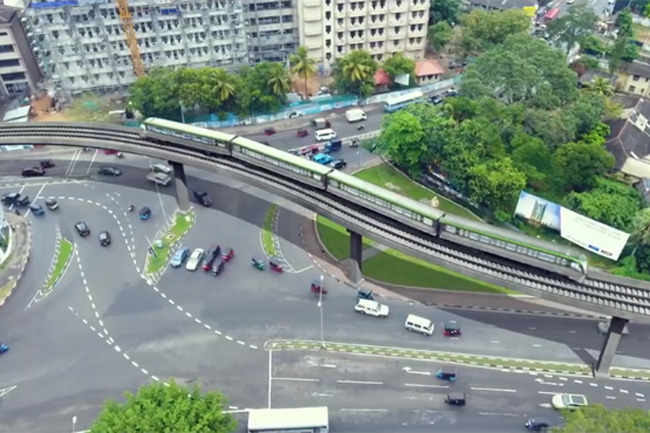 The Cabinet of Ministers has given its approval to terminate the Japan-funded Light Rail Transit (LRT) project, which was planned to be implemented in the western region of Sri Lanka as a solution for the severe traffic congestion.

The approval of the Cabinet was previously granted to launch the project under the funds provided by the Japan International Cooperation Agency (JICA).

However, the observations made by the Minister of Transport have revealed that the project is unable to achieve the desired results.

Taking into account the following submissions made by the Transport Minister as the minister in charge of the project, the Cabinet of Ministers has decided to terminate the LRT project stretching from Colombo to Malabe:

• The basic plan of the project had proposed to build a light rail system with facilities to travel along the overland railway tracks as an alternative mode of transport for people who enter the city of Colombo for employment and other needs, using their personal vehicles.

• However, the former government had altered the initial plans and took measures to implement the proposed light rail transit system on a railway line built on towers which could cause severe environmental damage.

• If the project is implemented, a large number of properties including houses, workplaces will have to be demolished and the cost for constructing the towers for the light railway system will be sky-high.

• In addition, the trains which were to be put in place to operate under the proposed Light Rail Transit system as an alternative mode of transport are unable to provide the required facilities.

• Further, it has been observed that if the Light Rail Transit project implemented, it will incur a heavy operating cost.