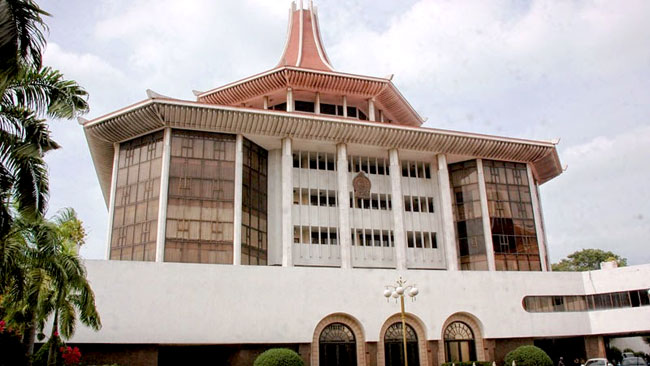 Further consideration of petitions against 20A postponed

Further consideration of the petitions filed at the Supreme Court challenging the draft 20th Amendment to the Constitution has been postponed until tomorrow (30).

The petitions challenging the draft bill of the 20th Amendment, which was tabled in Parliament by the Government, were taken up for consideration before a five-member Supreme Court judge bench this morning (29).

Four Supreme Court justices, namely Buwaneka Aluwihare, Sisira de Abrew, Priyantha Jayawardhane and Vijith Malalgoda, are sitting for the hearing to consider the petitions along with the Chair of the judge bench, Chief Justice Jayantha Jayasuriya.

At the hearing Attorney General Dappula de Livera informed the court that the Government has decided to add several amendments to the draft of the 20th Amendment during the committee stage in Parliament.
The attorneys representing the petitioners then sought the Supreme Court to provide them with the relevant document containing the amendments.

Subsequently, the consideration of the petitions was postponed until 11.00 am tomorrow morning.

Thirty-nine petitions in total had been filed against the draft bill of the 20th Amendment so far.

The Attorney General has been named as the respondent of the petitions.