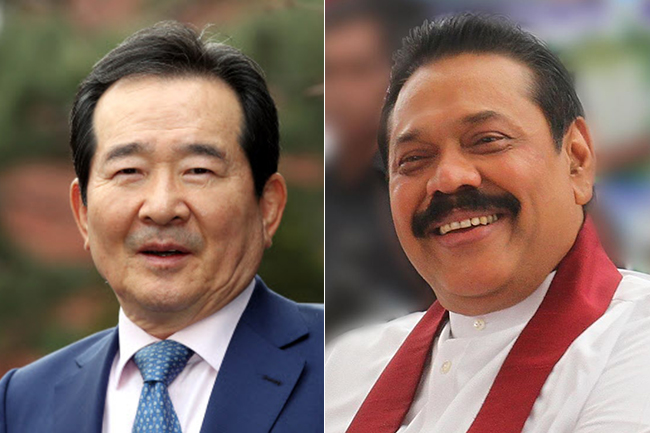 Prime Minister of South Korea Chung Sye-kyun has called Prime Minister Mahinda Rajapaksa this morning (20), and the two leaders discussed a number of areas of mutual bilateral interest while expressing the desire to further enhance relations between the two countries.

“I hope we can continue to collaborate on this project to expand it,” Prime Minister Rajapaksa was quoted as saying.

Other areas discussed included investment and tourism, according to the statement.

“When the situation [with the pandemic] improves and air travel is back to normal, I would like to request your support in encouraging your investors to consider investing in Sri Lanka,” Prime Minister Rajapaksa said. “We also want to increase tourism from Korea.”

Prime Minister Rajapaksa extended an invitation to Prime Minister Chung to visit Sri Lanka after the COVID-19 situation is under control, and the Korean Prime Minister, noting that he has never visited Sri Lanka before, expressed interest in a visit.