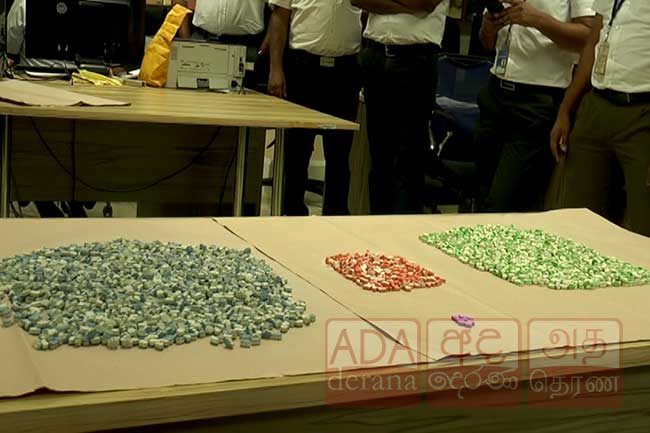 Over 4,000 ecstasy pills sent as a gift from France

Officers of the Customs Narcotics Control Unit at the Colombo Central Mail Exchange have discovered a parcel containing over 4,000 ecstasy pills, a synthetic drug also called MDMA, which has been sent to Sri Lanka from France packaged as a ‘gift’.

Customs media spokesman, Additional Director General Sunil Jayaratne, stated that a total of 4,048 ecstasy pills were found inside the package and that they estimated to be worth over Rs 20 million.

He stated that the parcel had been addressed to the name of a 37-year-old woman from Dehiwala, Colombo and that Customs Narcotics Control Unit officers had waited for her to come collect the parcel before arresting apprehending the suspect.

Ada Derana reporter said that the pills had been concealed inside a foldable footwear holder and packaged as a gift.

The arrested woman has been handed over to the Police Narcotics Bureau (PNB) for further investigations.