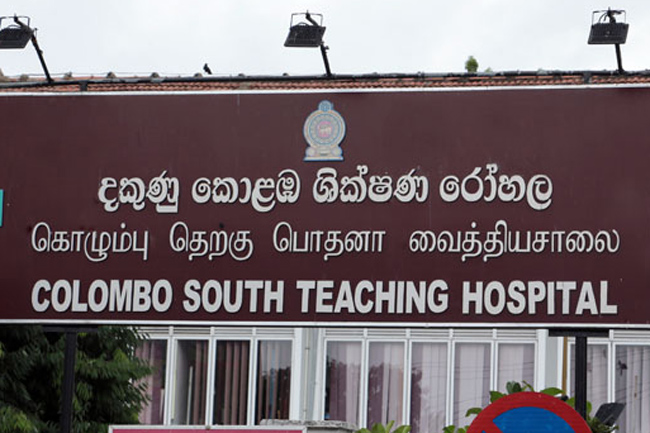 A junior staff member of the Colombo South Teaching Hospital in Kalubowila has tested positive for Covid-19, says its Director, Dr. Asela Gunawardana.

The employee in question had last reported to work on the 15th of October and was referred to a PCR test as he was showing novel coronavirus symptoms.

Thereby, 40 of his close contacts have been identified and directed to PCR tests.

They were identified as the contacts of the virus-infected Inspector of Police (IP) who was detected yesterday and residents of Kegalle and Kelaniya areas, the Fort Police confirmed.

Upon identification, the officer was admitted to the Infectious Diseases Hospital (IDH) in Angoda and 11 officers of the SIU were placed under isolation.
The entire unit was subsequently quarantined and its day-to-day operations were temporarily seized for several hours before resuming at around 9.00 a.m.

It is reported that the owner of a shop located at the Dedicated Economic Centre in Meegoda has tested positive for Covid-19.

The Public Health Inspector (PHI) in charge of the area said 15 employees of the shop have been directed to quarantine procedure.

He has reportedly been treated at a private hospital for a kidney ailment and was later transferred to the Kalubowila Hospital where it was confirmed that he is positive for the novel coronavirus, upon referring to a PCR test.

He was identified as a resident of the Meegoda area and his contacts are currently being traced, the PHI said further.