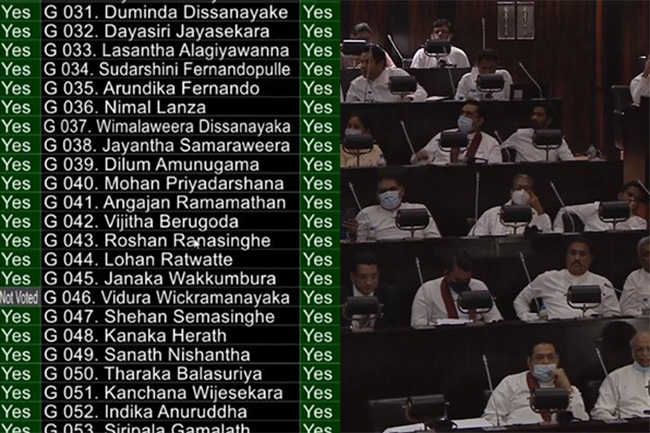 Clause 17 of the draft bill of the 20th Amendment to the Constitution, which calls for removing the barrier on dual citizenship was passed in the Parliament with a majority of 93 votes a short while ago.

It is reported that 157 had voted in favour while 64 voted against.

The notable Opposition member who supported to pass Clause 17 is the Assistant Secretary of SJB, MP Diana Gamage.