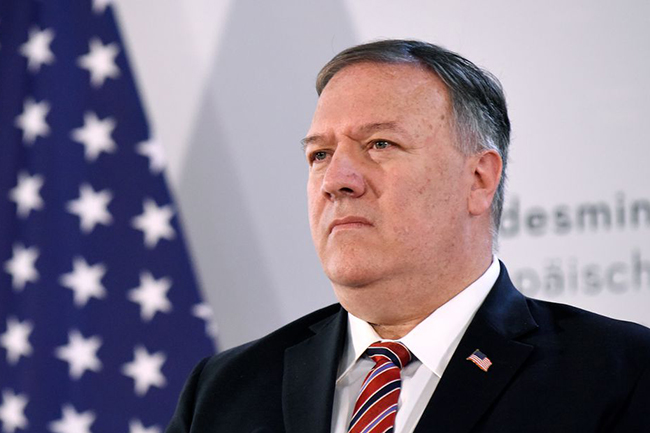 In the days leading up to the U.S. presidential vote, Pompeo is travelling to New Delhi, India; Colombo, Sri Lanka; Malé, Maldives; and Jakarta, Indonesia between the 25th and 30th of October.

The U.S. delegation led by the State Secretary landed in India on Monday (26). In New Delhi, Pompeo and U.S. Secretary of Defense Mark T. Esper and their Indian counterparts are leading the third annual U.S.-India 2+2 Ministerial Dialogue to advance the U.S.-India Comprehensive Global Strategic Partnership and expand cooperation to promote stability and prosperity in the Indo-Pacific and the world.

During his visit to the island nation, Pompeo is expected to hold bilateral talks with Sri Lankan President Gotabaya Rajapaksa and other high-profile officials on several areas of the multifaceted engagement between the two countries.

The Ministry of Foreign Affairs said the U.S. State Secretary undertaking this official visit to Sri Lanka on an invitation extended by his Sri Lankan counterpart, Foreign Minister Dinesh Gunawardena.

After Colombo, Pompeo will travel to Malé to reaffirm their close bilateral relationship and advance their partnership on issues ranging from regional maritime security to the fight against terrorism.

Thereafter, the Secretary will travel to Jakarta to deliver public remarks and meet with his Indonesian counterparts to affirm the two countries’ vision of a free and open Indo-Pacific.

He added that Pompeo wants to imply that the U.S. reputation in the Asian countries has not suffered due to the anti-Trump reaction from China.

Speaking further, the minister reaffirmed that Sri Lanka and the U.S. will not be signing any agreements during the State Secretary’s visit.