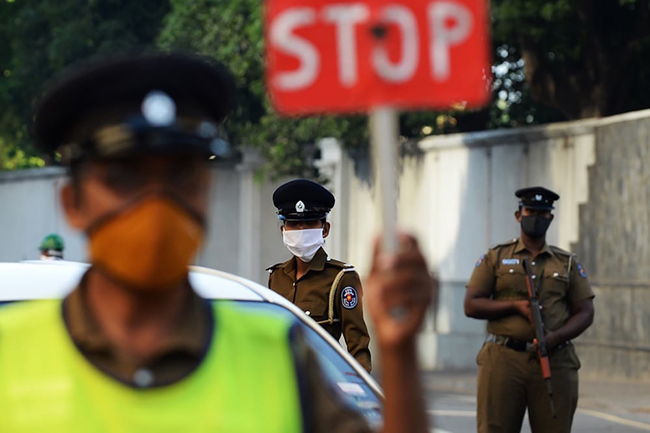 Quarantine curfew has been imposed in more police jurisdictions of Colombo and Kalutara districts with immediate effect, says the Commander of Army, Lieutenant General Shavendra Silva.

Thereby, Panadura Moratuwa and Homagama police areas will be under curfew until further notice.

Quarantine curfew is currently effective in 64 other police jurisdictions in the country: 37 in Gampaha District, 15 in the Colombo city, 05 in Kuliyapitiya area, 04 more in the suburban areas of Colombo (Welikada, Wellampitiya, Gothatuwa and Mulleriyawa), 03 others in Kalutara District (Beruwala, Aluthgama and Payagala).

The police have warned against entering, leaving or travelling across the areas where curfew is currently in force.

The members of the public are urged to restrict their movements and to stay at home, the police said further.

Further, long-distance buses and trains are not permitted to board or unboard passengers in these areas.

However, travel restrictions are not extended to G.C.E. Advanced Level examination candidates and staff on exam duties.