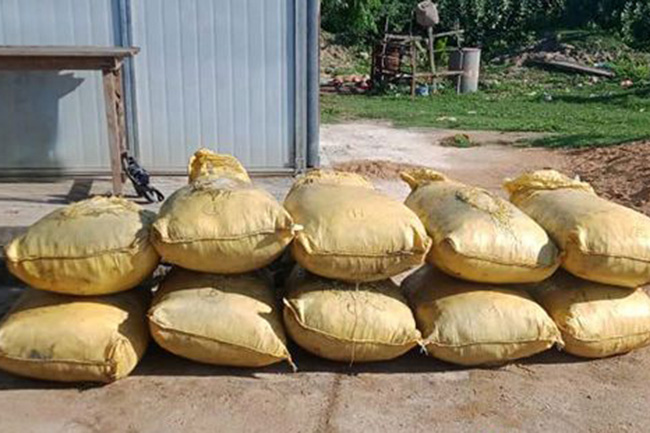 Two suspects have been arrested along with a consignment of smuggled-in turmeric and Kerala cannabis, in a joint operation carried out by the Navy and Police in Mannar.

In a statement, the Navy said more than 710kg of dried turmeric and over 3.7kg of Kerala cannabis were seized in the raid near the beach area of Erukkulampiddi on Friday (20).

The North Central Naval Command and Mannar Police managed to recover the contraband after inspecting a traditional ‘Wallam’ boat in the beach area.

Navy stated that the boat had been loaded with 10 sacks of dried turmeric and a package of Kerala cannabis.

The arrestees, aged 35, were identified as residents of Erukkulampiddi area.

They have been handed over to the Mannar Police along with the seized contraband for further investigations, the Navy added.