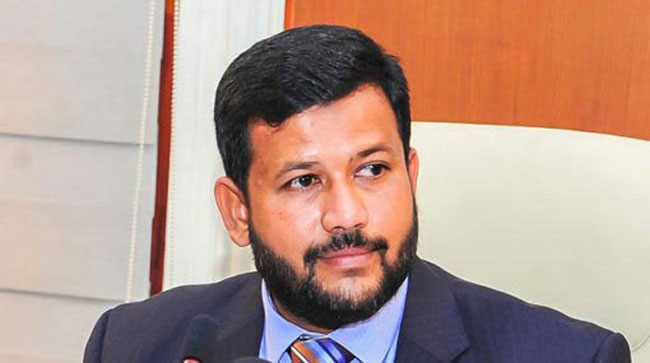 Rishad on suicide bombers calls to his brother

The Easter Sunday terror attack was a conspiracy launched by a powerful nation to spread extremism in the country, says Samagi Jana Balawega MP Rishad Bathiudeen.

The MP, who is currently under remand custody at the Welikada Prison, mentioned this yesterday (21), testifying before the Presidential Commission of Inquiry probing the 2019 Easter attacks.

The State Counsel on the Commission inquired the MP whether he had influenced any of the investigations on FETO, a banned organization in Turkey, conducting business in Sri Lanka, which had been halted after a revelation that 02 Sri Lankan Cabinet Ministers –one of them being MP Bathiudeen -being involved with the FETO members.

The parliamentarian, claiming that it was untrue, said that he has no affiliation with any individual or organization in Turkey and that he had not influenced the investigations.

The Commission then inquired the witness whether he was aware that a house belonging to his sister in Canada was being used as a safe house by suicide bombers. To which the MP replied saying that he was not aware of that fact and that got to know about this only after the attacks.

Responding a query, he added that he had never visited the house in question.
The Commission then asked Bathiudeen whether his brother Riyaj Bathiudeen was arrested by the Criminal Investigation Department at any point.

He replied, “Yes, he was arrested in connection with the investigation into the Easter attack. It was reported through the media that Cinnamon Grand Attacker Insaf Ahmed had taken 07 phone calls to my brother. I do not know the exact dates. Somehow it was taken before the Easter attacks, in 2019.

The Commission pointed out that while Rishad Bathiudeen had previously testified that he had not helped out Insaf Ahamed to buy copper, it is noted that Ibrahim’s son’s company had been issued 25,000 kilos more copper than other companies. The Commission asked Bathiudeen, who had signed for the marriage of Insaf, whether he had indirectly supported Insaf.

Bathiudeen said, “I totally reject that claim. I categorically say that I have not helped any of Ibrahim brothers.”

A judge in the Commission asked, “You said you were in a war refugee camp for five years after the LTTE expelled you from the North. How did you come to politics and become so wealthy?”

To which Bathiudeen replied that he does not have to beg because he became a refugee and that he could do business.

In response, the Commission asked whether he used his privileges as a minister and the ministry to amass such wealth and develop his and his family’s businesses.

Bathiudeen replied, “No, I have not used such privileges in any way to advance the business. I have been a Member of Parliament since 2001 and have made declarations of assets and liabilities every year.”

The Commission member question again, “We are not saying you have committed fraud, but I’m asking how you got so much money after being war-displaced.”