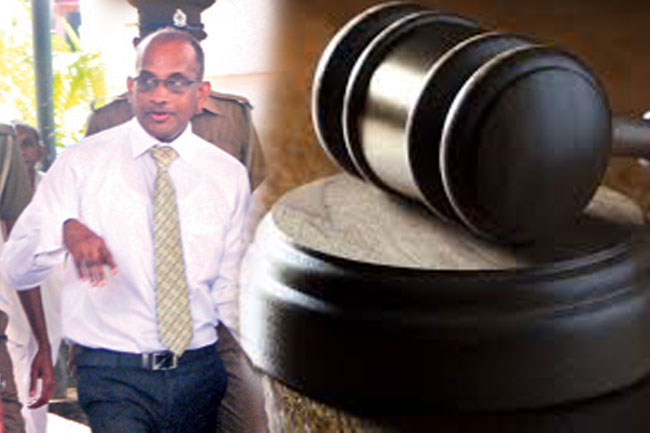 The Permanent High Court Trial-at-Bar has rejected a bail application submitted by former Presidential Chief of Staff Dr. I.H.K Mahanama, who is serving a 20-year prison sentence after being found guilty in a massive bribery case.

The bail application was rejected by a bench comprising Justices Sampath Abeykoon, Sampath Wijeratne and Champa Janaki Jayaratne, according to Ada Derana reporter.

Attorneys representing Dr. Mahanama informed the court that a large number of Covid-19 infected persons have been identified within the Welikada Prison where their client is being held and that this could pose a threat to the life of their client who is a heart patient.

However, the judge bench delivering its decision said that the defendant has filed an appeal with the Court of Appeal challenging his prison sentence and that it is expected to be taken up in the future.

Therefore the Trial-at-Bar decided to reject the bail application.

Former chief of staff to former President Maithripala Sirisena, Dr. I.H.K Mahanama was sentenced to 20 years Rigorous Imprisonment, fined Rs. 65,000 and a penalty of Rs 20 Million on 19th December 2019 after being found guilty of soliciting a bribe of Rs 100 million and accepting Rs 20 million from that as an advance.

Former Chairman of the State Timber Corporation Mr. P. Dissanayake, who was also found guilty in the same bribery case, was sentenced to 12 years Rigorous Imprisonment and a fine of Rs. 55,000 was imposed.

They were arrested on 3.05.2018 while accepting Rs 20 million in marked currency notes as a gratification from an Indian citizen, who is a businessman and investor who had come to Sri Lanka over an investment in the Kanthale Sugar Factory.