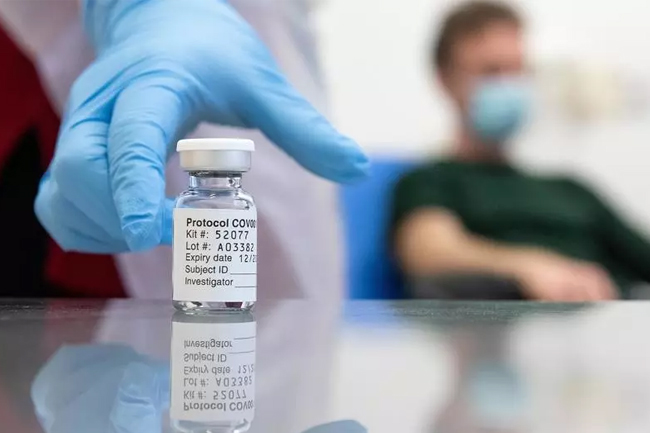 As early as February, with the global pandemic spreading fast, the World Health Organization issued a warning about an “infodemic”, a wave of fake news and misinformation about the deadly new disease on social media.

Now with hopes hanging on Covid-19 vaccines, the WHO and experts are warning those same phenomena may jeopardise roll-out of immunisation programmes meant to bring an end to the suffering.

“The coronavirus disease is the first pandemic in history in which technology and social media are being used on a massive scale to keep people safe, informed, productive and connected,” the WHO said.

“At the same time, the technology we rely on to keep connected and informed is enabling and amplifying an infodemic that continues to undermine the global response and jeopardises measures to control the pandemic.”

More than 1.4 million people have died since the pandemic emerged in China late last year, but three developers are already applying for approval for their vaccines to be used as early as December.

Beyond logistics, though, governments must also contend with scepticism over vaccines developed with record speed at a time when social media has been both a tool for information and falsehood about the virus.

The WHO defined an infodemic as an overabundance of information, both online and offline, including “deliberate attempts to disseminate wrong information”.

Last month, a study from Cornell University in the United States found that US President Donald Trump has been the world’s biggest driver of Covid-19 misinformation during the pandemic.

In April, Trump mused on the possibility of using disinfectants inside the body to cure the virus and also promoted unproven treatments.

Since January, AFP has published more than 2,000 fact-checking articles dismantling false claims about the novel coronavirus.

“Without the appropriate trust and correct information, diagnostic tests go unused, immunisation campaigns (or campaigns to promote effective vaccines) will not meet their targets, and the virus will continue to thrive,” the WHO said.

Three vaccine developers -- Pfizer/BioNTech, Moderna and AstraZeneca/Oxford University are leading the pack -- and some governments are already planning to start vaccinating their most vulnerable this year.

But with Facebook, Twitter, YouTube or WhatsApp acting as vectors for dubious facts and fake news, “disinformation has now reached an unapparelled scale,” said Sylvain Delouvee, a researcher in Social Psychology at Rennes-2 University.

“From an information perspective, (the coronavirus crisis) has not only underlined the sheer scale of misinformation worldwide, but also the negative impact misinformation can have on trust in vaccines, institutions and scientific findings more broadly,” he said.

Rachel O’Brien, head of the WHO’s immunisation department, said the agency was worried false information propagated by the so-called “anti-vaxxer” movement could dissuade people from immunising themselves against coronavirus.

Steven Wilson, a professor at Brandeis University and co-author of a study entitled “Social Media and Vaccine Hesitancy” published in the British Medical Journal last month, saw a link between online disinformation campaigns and a decline in vaccination.

“My fear regarding the impact of disinformation on social media in the context of Covid-19 is that it will increase the number of individuals who are hesitant about getting a vaccine, even if their fears have no scientific basis,” he said.

“Any vaccine is only as effective as our capacity to deploy it to a population.”

Among the more outlandish claims by conspiracy theorists, for example, is the idea that the novel coronavirus pandemic is a hoax or part of an elite plan, masterminded by the likes of Bill Gates, to control the population.

And vaccination programmes, those groups say, are a shield for implanting microscopic chips in people to monitor them.

Such notions can find fertile ground at a time when polls show that people in some countries, such as Sweden and France, are already sceptical about taking vaccines, especially when the treatments have been developed in record time with no long-term studies yet available on their efficacy and possible side-effects.

In 15 countries, 73 percent of people said they were willing to be vaccinated against Covid-19, four percentage points lower than in an earlier poll in August.

But it is not just vaccines -- more and more people express a growing mistrust of institutions, experts say.

“The common theme” among conspiracy theorists “is that our ‘elites’ are lying to us,” said Rennes-2 University’s Delouvee.

Disinformation is based on growing mistrust of all institutional authority, whether it be government or scientific.

“When people can’t easily access reliable information around vaccines and when mistrust in actors and institutions related to vaccines is high, misinformation narratives rush in to fill the vacuum,” the First Draft report said.