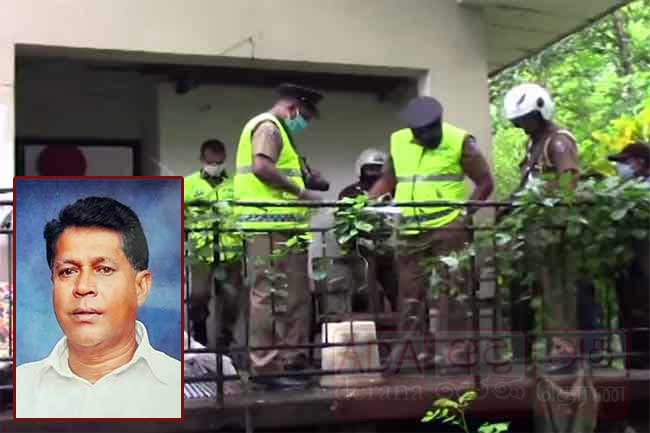 He was murdered in a shooting incident which took place in Ratmalana on the 24th of May 2018.

It was later revealed that the municipal councillor was murdered over a dispute with his son Ramal.

DIG Rohana said three suspects who are in connection with the murder were already in custody, however, the main suspect had fled the country.

Investigations later carried out had discovered that the escapee has had direct links to the murder.

The authorities accordingly obtained a warrant from the court and made a request to the Interpol to issue a global alert, also referred to as Red Notice, to hunt down the main suspect, Dharmasiri Perera.

Acting on the Red Notice, the Abu Dhabi police officials had taken him into custody on Sunday (29).

They have informed the Sri Lankan police authorities to take necessary action against the arrestee according to extradition law, the police spokesperson said further.