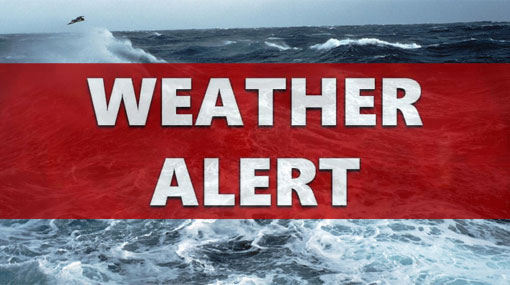 Cyclone ‘Burevi’ is expected to blow across the Eastern Coast of Sri Lanka between 7 pm and 10 pm tonight (December 02), the Department of Meteorology warned.

The cyclonic storm ‘ ‘Burevi’ over the south-west Bay of Bengal, lay centered near latitude 8.4°N and longitude 83.4°E, about 240 km east-southeast of Trincomalee at 0530 hrs today.

The system is very likely to move west-northwestwards and cross the north-eastern coast of Sri Lanka between Trincomalee and Point-Pedro, close to Mullaitivu around tonight, within 7 pm-10 pm tonight.

This Cyclonic storm with a wind speed of 80-90 kmph gusting up to 100 kmph is very likely to move nearly westwards thereafter, emerge into the Gulf of Mannar by tomorrow morning (December 03).

Due to this system Storm surge of about 1-meter height above the astronomical tide is likely to inundate low-lying coastal areas extending from Trincomalee to Kankesanturai and from Pooneryn to Puttalam. 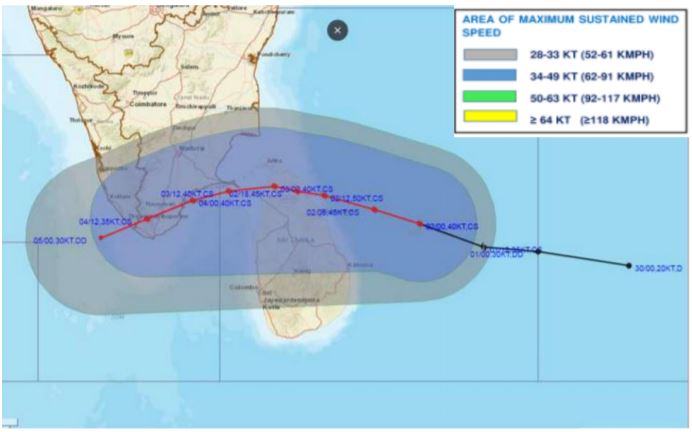 Under the influence of the aforementioned system, from 02nd December to 03rd December the sea area around the island will be very rough to high as the wind speed can be increased up to 100 kmph at times. 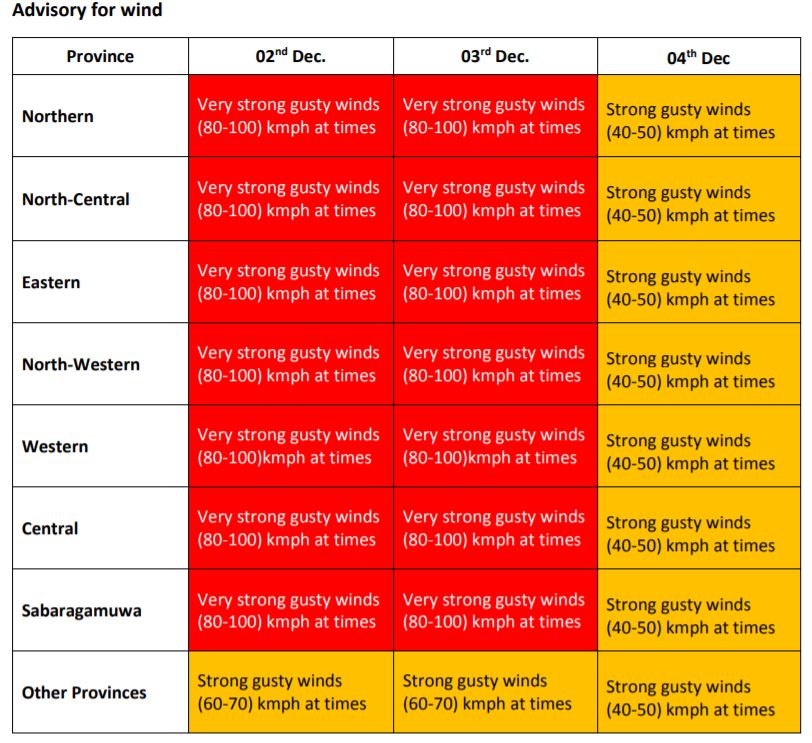 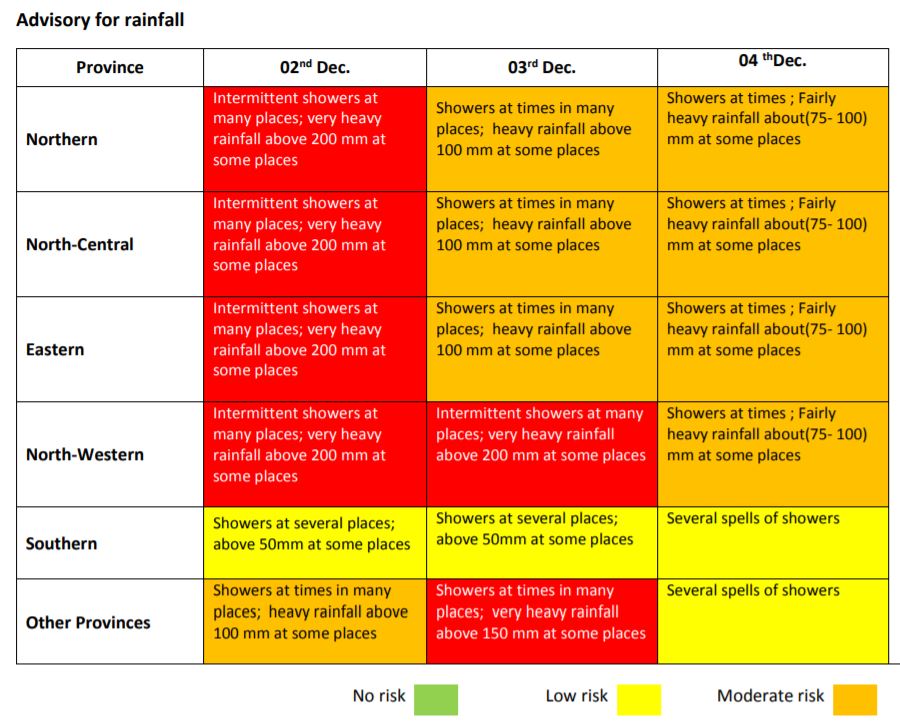 Department of Meteorology warns of damages to property, utility structures, and sea vessels, flash floods, and seawater inundation in low lying areas near the coast.

- Naval and fishing communities are warned not to venture to the sea areas around the island until further notice.

- Those who are out at the aforementioned sea regions are advised to return to coasts or moved safer areas as soon as possible.

- Coastal hutment dwellers are advised to move to safer places. Other people in the affected areas to remain indoors.
- Beware of fallen trees and power lines.
- Avoid using wired telephones and connected electric appliances during thunderstorms.
- General public is requested to be vigilant regarding impending extreme weather situations.
- For emergency assistance contact the local disaster management authorities.
- Requested to be attentive about future advisories issued by the Department of Meteorology in this regard.