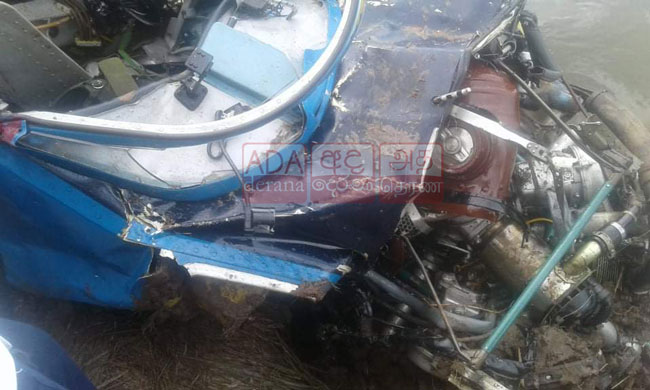 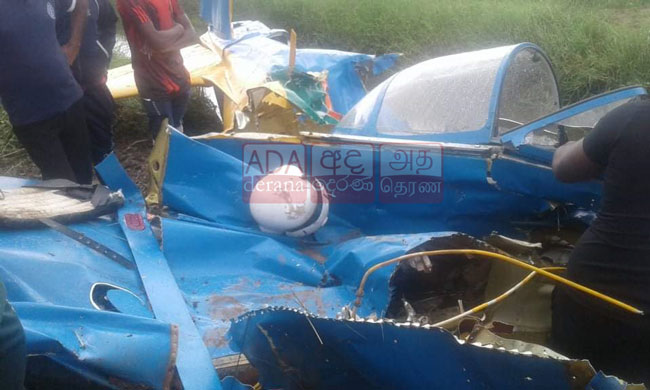 UPDATE: The body of the Sri Lanka Air Force (SLAF) trainee pilot who flew the PT-6 trainer craft which crashed landed in Kantale, has been brought to the Trincomalee Hospital.

The deceased trainee pilot was identified as a 23-year-old Officer Cadet named K.R.S. Amarakoon. He had joined the SLAF in January last year.

The Sri Lanka Air Force (SLAF) training aircraft PT-6 which took off from China Bay, Trincomalee and lost communications with the control tower has crash-landed in Kantale.

Police said that aircraft had crash-landed on a road near Janaranjana Wewa, Kantale. Police also said that one pilot has been spotted inside.

Earlier, Sri Lanka Air Force had confirmed that the control tower had lost contact with the training aircraft after it had gone missing from the radar screen.

SLAF spokesman said that investigations are being conducted.

The training aircraft had taken off from China Bay in Trincomalee with only the trainee pilot onboard.

The PT-6 aircraft is utilized at the Flying Training Wing at the SLAF Academy, China Bay for the ab initio training of newly enlisted pilots.