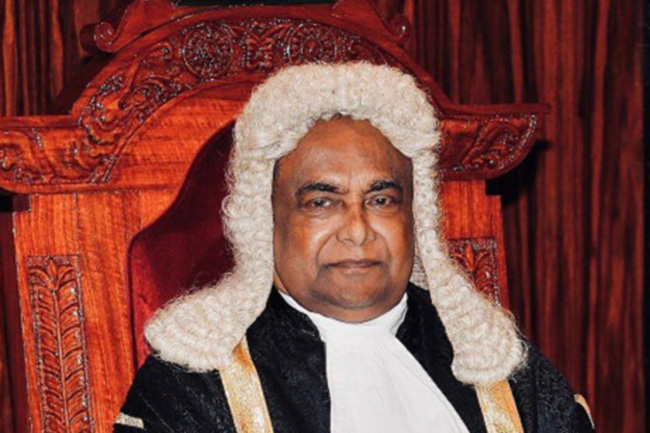 Reports claiming that Speaker of Parliament Mahinda Yapa Abeywardena is under quarantine are baseless, the Speaker’s Media Unit affirmed today (31).

In a statement, the media unit noted that the Speaker will be returning to his duties as per usual from tomorrow.

An officer, who was assigned by the Police Headquarters on temporary duty after the Speaker’s security vehicle encountered a technical fault, had tested positive for the virus.

However, the health authorities have confirmed that the police officers who were in close contacts with the officer in question were tested negative for the virus in the first PCR tests.

These officers have been placed under a 14-day self-isolation process upon the directives of the health authorities, the Speaker’s Media Unit said further.

Accordingly, a separate police unit has been assigned for the Speaker’s security, the statement read further.