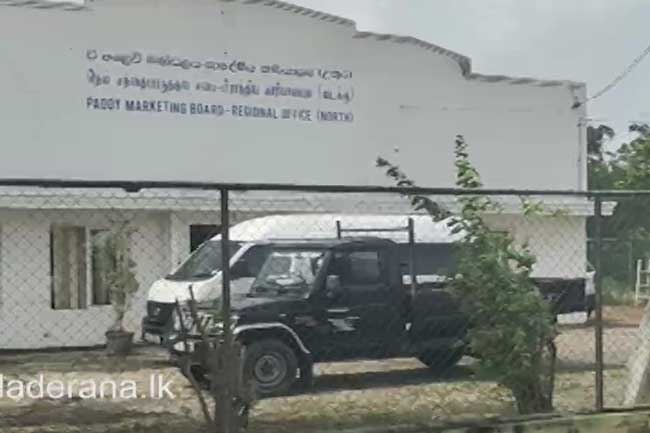 The Criminal Investigation Department (CID) has arrested a regional manager of the Paddy Marketing Board over fraud committed in the sale of 30,000 metric tons of paddy.

The regional manager involved in the scam has been arrested in Kilinochchi today (December 31).

The arrest has been made on a tip-off made to the Inspector General of Police (IGP) by Minister of Agriculture Mahindananda Aluthgamage on December 24.

In a letter sent to the IGP, Minister Aluthgamage had stated that a regional manager of the Paddy Marketing Board named Ratnayake had obtained a commission of Rs 3.00 per one kilogram of paddy from rice mill owners when selling paddy to small rice mills.

The Minister had been informed of the matter by a rice mill owner who had bought 1.2 million kilograms of paddy from the ministry.

The rice mill owner had relayed to the Minister via telephone that he will be meeting up with the regional manager in question in Kilinochchi on December 30 to obtain the remaining paddy stock.

Minister Aluthgamage has requested the IGP to launch an investigation into the matter and to carry out the law against the perpetrator.