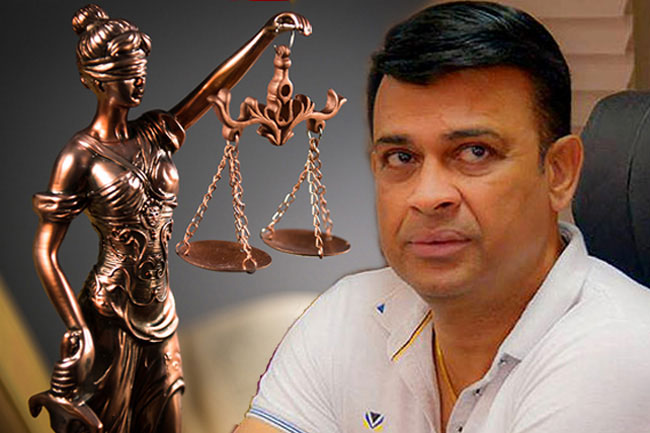 The Supreme Court has sentenced parliamentarian Ranjan Ramanayake to 04 years of rigorous imprisonment over a case of Contempt of Court, stated Ada Derana reporter.

Announcing the verdict, Sisira de Abrew, presiding judge of the bench, said that the contempt of court charges leveled by the Attorney General against Ranjan Ramanayake for contempt of court has been proved beyond a reasonable doubt.

Meanwhile, Ramanayake will be sent to the Correctional Center for Youth Offenders in Pallansena for quarantine, said prison spokesman Chandana Ekanayake.

The case was filed against former State Minister Ranjan Ramanayake over Contempt of Court charges for making defamatory remarks against the judiciary on the 21st of August in 2017.

Speaking to the media following a meeting with then-Prime Minister Ranil Wickremesinghe at the Temple Trees, Ramanayake had claimed that the majority of judges in the country issue biased rulings and that they are corrupt.

Retired Air Force Officer Sunil Perera and Venerable Magalkande Sudatta Thera later filed two petitions with the Supreme Court alleging that such defamatory comments can shatter public confidence and provide a warped image of the judiciary to the people of Sri Lanka.

Based on these complaints, the Attorney General had later served the charges against Ramanayake before the Supreme Court.