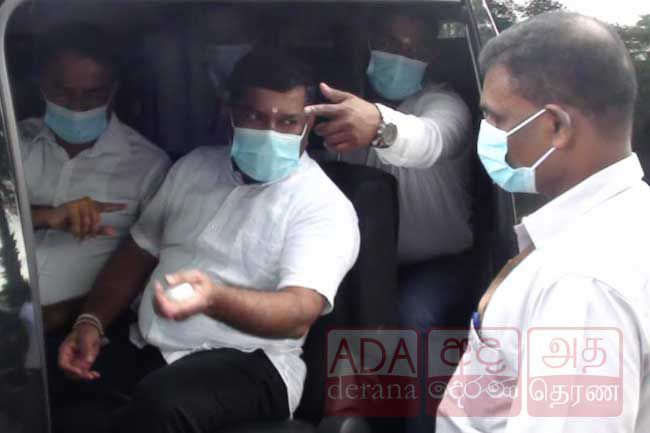 MP Sivanesathurai Chandrakanthan alias “Pillayan” has been acquitted over the case pertaining to the murder of former TNA MP Joseph Pararajasingham.

The verdict was handed down by the Batticaloa High Court judge when the case was taken up this morning (January 13).

In the meantime, four other suspects, who were arrested over the case, were also acquitted today.

On Monday, the Attorney General’s Department informed the Batticaloa High Court that it will not proceed with the case against MP Chandrakanthan over the Pararajasingham murder case.

Pillayan had been in remand custody since his arrest on October 11, 2015 when he arrived at the CID to give a statement in connection with the assassination of the late Tamil politician Joseph Pararajasingham, who was shot dead on Christmas Eve in 2005.

A gunman opened fire on TNA MP Pararajasingham after he received communion at St Mary’s church in Batticaloa, killing him and injuring eight others including his wife.

Contesting at the General Election 2020, Pillayan had obtained the highest number of votes from the district of Batticaloa and entered Parliament.