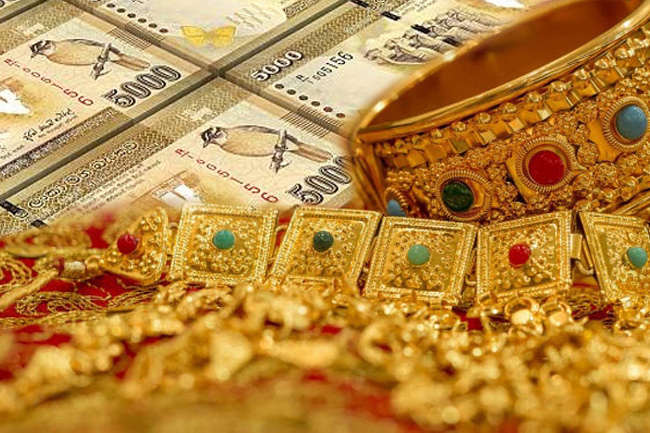 Two unidentified men who arrived in a motorcyclist have robbed jewellery and cash from a private financial institution in Miriswatta, Gampaha.

According to the police, the robbers have stolen gold jewellery and cash to the tune of Rs 40 million.

They had then stolen and made off with cash and gold jewellery valued at nearly Rs 40 million in total. The suspects had fled on a motorcycle while no further information has been uncovered regarding them.