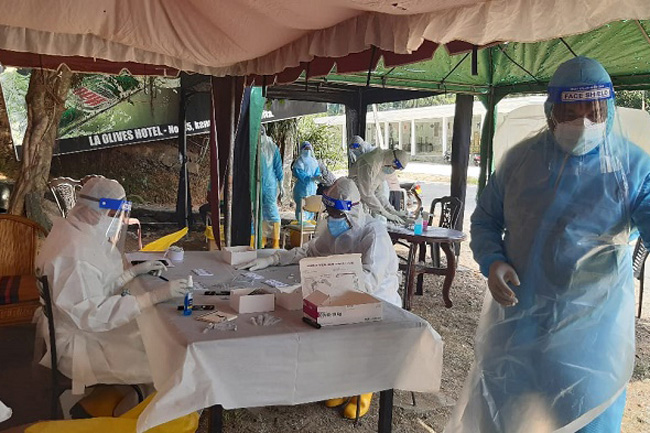 A total of 103 persons leaving the Western Province borders have been tested positive for Covid-19 in random rapid antigen tests carried out since the 21st of December last year.

In all, 10,926 individuals have been directed to rapid antigen or PCR tests.

Twenty-one people, who were leaving the Western Province borders on the day before Thai Pongal festival, were also tested positive for the virus in 1,658 random tests.

In addition, 2,807 people, who were apprehended for not wearing face masks while in public since the 5th of January, were also tested for the virus and 50 of them had contracted the virus, the police spokesperson said further.

Further, three virus-infected persons have been detected from the 661 rapid antigen tests carried out at fish stalls.