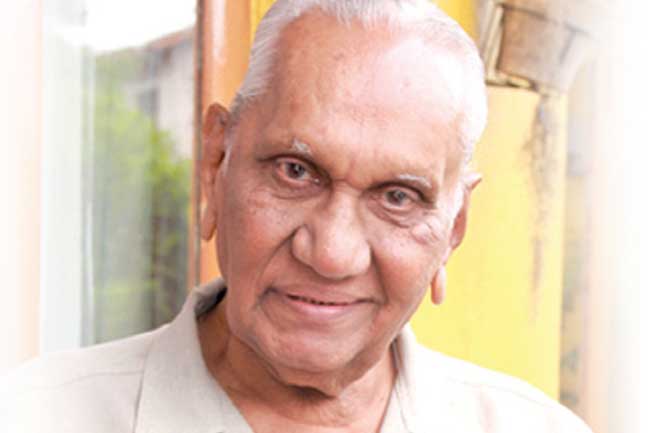 Edwin Ariyadasa passes away at 98

Veteran journalist and media personality Kala Keerthi Dr. Edwin Ariyadasa has passed away at the age of 98.

He was also a prominent film critic, environmentalist, teacher and erudite while he had been bestowed with over 300 awards during his lifetime. He had also held top positions in various state institutions.

Born on December 3, 1922, in Unawatuna, Galle, Ariyadasa was an alumnus of Mahinda College and the University of Ceylon where he obtained a degree in Sinhala and English languages. Teaching was his first profession, after which he entered the insurance field.

He found his true calling in journalism, having joined the Lake House in 1949. He had worked with Lake House founder D.R. Wijewardene, who passed away in 1950.

Ariyadasa worked for most of the newspapers published by Lake House, including the Daily News. He held the post of Editor, Navayugaya, for some time.

Later, he was instrumental in establishing Mass Communication and Media courses at local universities.

He was also a renowned writer on Buddhism and current topics and had continued to contribute to newspapers and magazines, well past his 90s. He has authored several books in Sinhala and English.