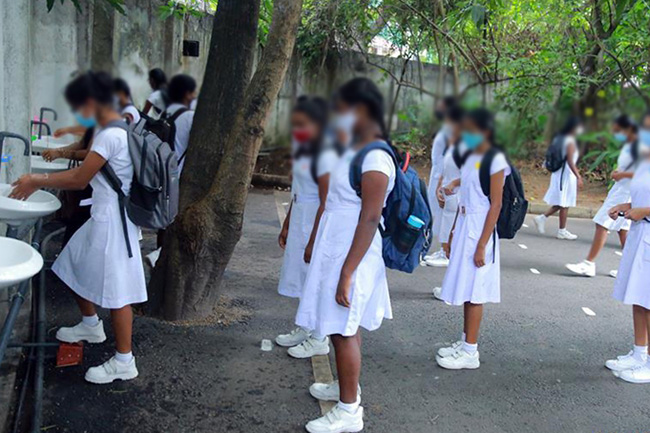 The examination is scheduled to be held from 01st to 11th of March and a total of 79,000 candidates will be facing the test from the Western Province.

In a statement, the education minister said the decision was taken to expedite the students’ academic sessions which were interrupted by the outbreak of the pandemic.

He further stated that schools in areas which are not at risk for Covid-19 infection in Western Province are expected to be reopened before the 15th of February.

Education Minister added that there are 1, 576 schools in the Western Province and 900 of them are eligible to reopen as per the health guidelines.

Meanwhile, State Minister of Pre-School and Primary Education Piyal Nishantha said pre-schools in Western Province, except those in areas at risk for Covid-19 infection, will be reopened before mid-February.

The state minister is currently under medical care at a quarantine centre in Koggala area after testing positive for the virus.

The authorities are proceeding with discussions in this regard, he said adding that measures have been taken to supply necessary healthcare equipment and disinfectants to pre-schools.