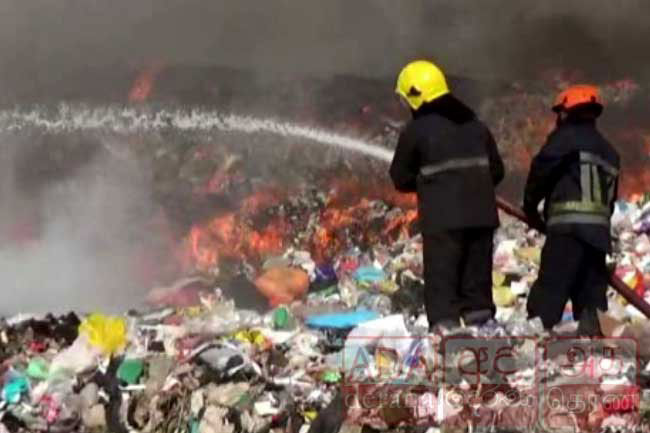 A fire has broken out at the Kerawalapitiya waste disposal site this evening (February 18), Ada Derana reporter said.

Reportedly, the fire has erupted from a mound of polythene and plastic garbage.

Colombo Fire Brigade and the fire fighting units of the Sri Lanka Navy had arrived at the scene to control the fire.

However, as the fire spread rapidly due to polythene and plastic waste helicopters of the Sri Lanka Air Force have been summoned to extinguish the fire.