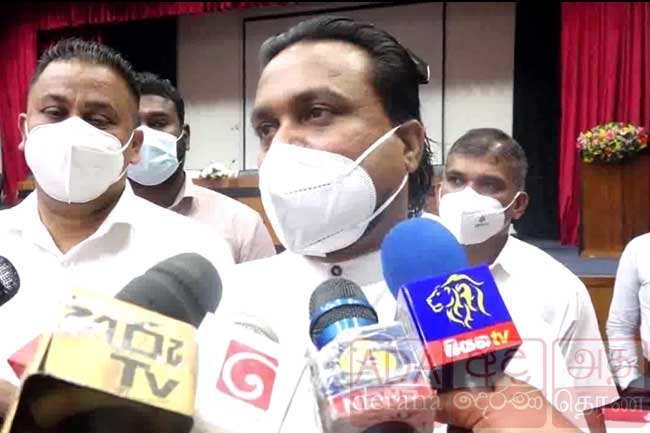 I wont leave govt, but dont know if govt will leave me  Wimal

Minister Wimal Weerawansa says that he will never leave the government, however added that he cannot say whether the government will abandon him.

He stated this in response to questions from journalists, following an event held in Colombo today (19), as to whether he would be able to remain within the government.

Asked whether any major changes are to be expected in the government, he said that there is absolutely no need for anyone to panic and come to any conclusions.

“What we want is for this government led by President Gotobaya Rajapaksa and Prime Minister Mahinda Rajapaksa to move forward in good health.”

“And to get rid of any diseases or causes of disease plaguing it,” he said.

Questioned about the use of backbencher MPs of the ruling party to launch scathing attacks on him, the minister said that he does not blame those MPs as whoever has tasked them with doing so have made them helpless.

Weerawansa said that voicing his opinions to safeguard the country’s national resources is something he has been doing since joining politics up until now.