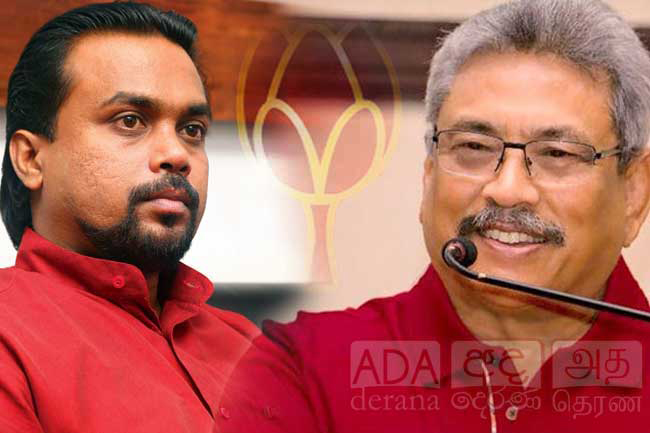 President Gotabaya Rajapaksa has assured his intervention as the country’s leader to preserve harmony among political parties, while guiding the country forward.

This was revealed by Minister of Industries Wimal Weerawansa, following a meeting with the Head of State this evening (February 19).

President Rajapaksa had granted an audience for 10 political parties representing the government in Parliament to discuss the matter. Discussion took place at the Presidential Secretariat.

These political parties had recently opposed the government’s proposal to allow an Indian company to enter into a private-public partnership in developing the Eastern Container Terminal (ECT) of Colombo Port.

This comes in the wake of a recent controversial comment made by Minister Weerawansa who suggested changes to leadership of Sri Lanka Podujana Peramuna (SLPP) calling for President Gotabaya Rajapaksa to be the party’s chairman.

The comment sparked severe criticism from the governing alliance.

Speaking to media following the meeting, Minister Weerawansa said the discussion with the President was successful. “He accepted most of our views while putting forth his opinions.”

The President expressed willingness to hold a meeting with political parties representing the government once every 2-3 weeks, the minister said further.

Further, the President committed for leadership intervention in taking the government forward while maintaining unity, and to continue discussions with the parties, he added.