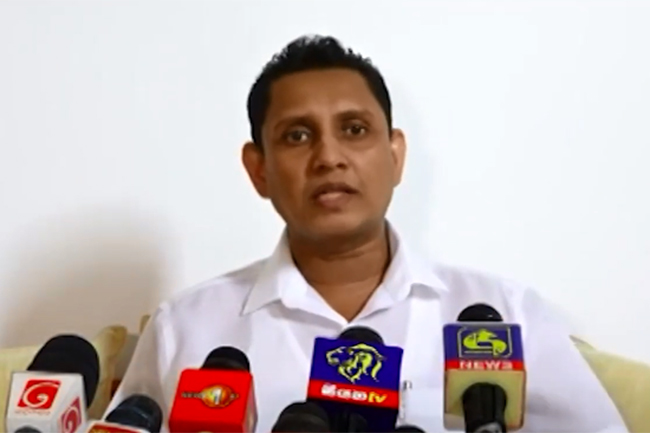 Editor of Government Medical Officers’ Association Dr Haritha Aluthge says the health officials should provide an explanation on the accuracy of COVID-19 figures in the country.

He noted that the actual number of COVID-19 deaths and cases in the country are higher than the official statistics released by the officials.

Speaking to media, he said it was revealed through media that there is a discrepancy of 5,000 between the number of patients that test positive for COVID-19 initially via PCR tests and the official figures released by the authorities.

However, no official at the Ministry of Health or the Epidemiology Unit has offered an explanation on this, he added.

“The Public Health Inspectors (PHIs) yesterday said that a considerable number of COVID-19 deaths at ground level is not included in the official figures,” Dr Aluthge noted adding that health officials have been severely inconvenienced by this.

“The best example is, when a death occurs in a village and the deceased tests COVID-19 positive after a PCR test, measures are taken to dispose the remains within 24 hours without permitting the relatives to take the body home or even conducting the final rites.”

In the end, when the Health Ministry and the Epidemiology Unit releases the data and the deceased are not included in the figures, the relatives are left confused with suspicion as to whether the victim was COVID-19 positive or not, he pointed out.

Dr Aluthge stressed of a possibility for conflict to erupt between the health officials and the public, if a proper clarification is not given on the matter.