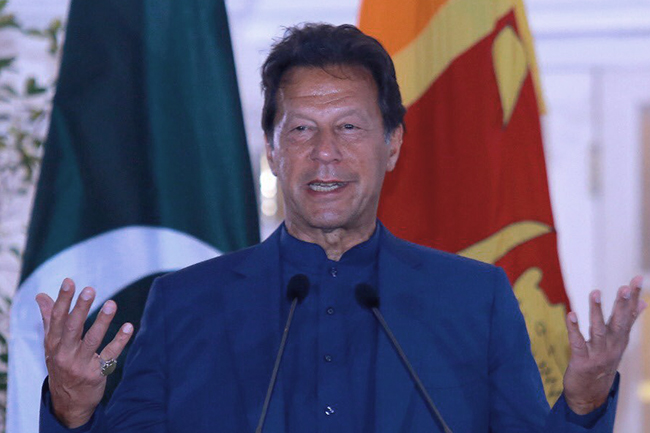 In a joint statement issued with his Sri Lankan counterpart PM Mahinda Rajapaksa, the Pakistani Premier said this visit is to strengthen our bilateral relations between Pakistan and Sri Lanka, especially trading ties.

The focus of the bilateral discussion has also fell on enhancing trade ties between the two countries in order for Sri Lanka to benefit from Pakistan’s connectivity up to Central Asia.

“Our trading ties will also mean that the two countries will come closer together,” PM Khan said further.

“We shared a common problem of terrorism,” he stated, speaking of decade-long terrorism that Pakistan suffered as well as Sri Lanka’s 30-year-long civil war. He said tourism in Pakistan dried up during the terrorism-hit period and that the country hardly received any investment.

“Now we have faced another problem – the coronavirus,” he continued. Sri Lanka has like all other countries that depend on tourism has suffered due to the pandemic.

The two prime ministers have discussed how developed countries can help the developing world at present.

Pakistani Premier said the developed world right now should not be insular. “Coronavirus has exposed the inequality in the world.”

He said world organizations like the United Nations should step in to look after the countries that have taken a real beating from the pandemic.

Prime Minister Mahinda Rajapaksa, delivering the joint statement, said the two leaders agreed to work closely towards enhancing bilateral cooperation in the economic sector and a number of other areas including trade, investment, science, technology, defence and education.

“We also agreed to pursue the opportunities presented within the framework of the Pakistan-Sri Lanka Free Trade Agreement. Our talks also focused on important regional and international issues as well as the impact of the Coronavirus pandemic.”

Speaking further, PM Rajapaksa said Sri Lanka and Pakistan have agreed to work towards increasing activities in the tourism and aviation sectors. He expressed gratitude to his counterpart for agreeing to open the pilgrimage corridors for Sri Lankans to visit ancient Buddhist heritage sites in Pakistan. 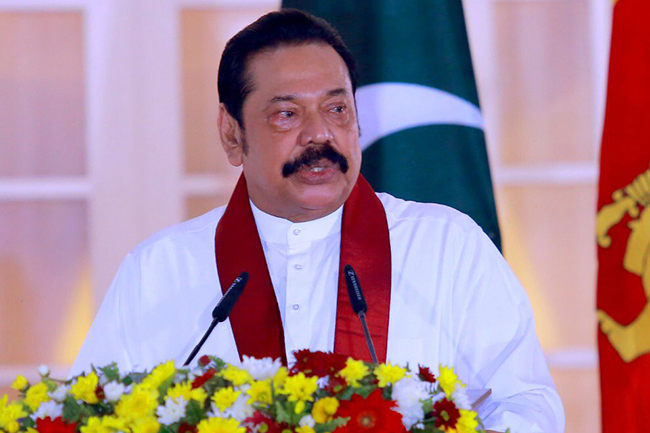 Another important decision that was made during the discussion is to restart Parliamentary interaction through the Pakistan-Sri Lanka Parliamentary Friendship Groups, PM Rajapaksa said further.

“Sri Lanka believes that political stability and regional peace will be the key to achieve sustainable development, economic growth and prosperity in South Asia,” he continued, while admiring PM Khan for his efforts in alleviating poverty and socio-economic disparity which play an important part of the development agenda.

“We continue to work together to fight terrorism, religious fundamentalism and extremism.”

PM Rajapaksa said Pakistan was a friend who stood by and helped Sri Lanka in times of great need. “We are grateful for the steadfast support, particularly during my Presidency, when we had to fight a dangerous terrorist organization that was fully neutralized in May 2009.”

They have further agreed to continue with the current mechanism to curb illegal drug trafficking, arms smuggling and other illegal activities by sharing information through the relevant agencies.

“We are also thankful to Pakistan for the partnership in the field of sports and assistance to enhance sports training facilities in the country,” PM Rajapaksa said.

Pakistani Premier is expected to preside over a business and investment forum with a strong multi-sector business delegation from Pakistan tomorrow.

PM Rajapaksa noted that Sri Lanka expects to see a considerable increase in investments and business activities between the two countries through direct interactions with their Sri Lankan counterparts.

Signing of the MoUs took place at the Temple Trees this evening in presence of Prime Ministers Mahinda Rajapaksa and Imran Khan.

Five MoUs signed by the two countries are as follows:

1. Memorandum of Understanding between the Islamic Republic of Pakistan and the Democratic Socialist Republic of Sri Lanka on Tourism Cooperation

3. Memorandum of Understanding between the Institute of Industrial Technology (ITI) of Democratic Socialist Republic of Sri Lanka and the University of Karachi of Islamic Republic of Pakistan

4. Collaboration between the Institute of Industrial Technology, Colombo and the University of COMSATS in Islamabad

5. Memorandum of Understanding between the University of Colombo and the Lahore Economic College in Pakistan. 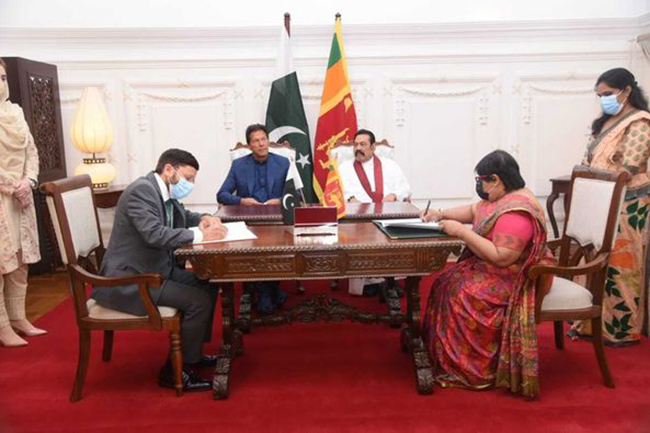 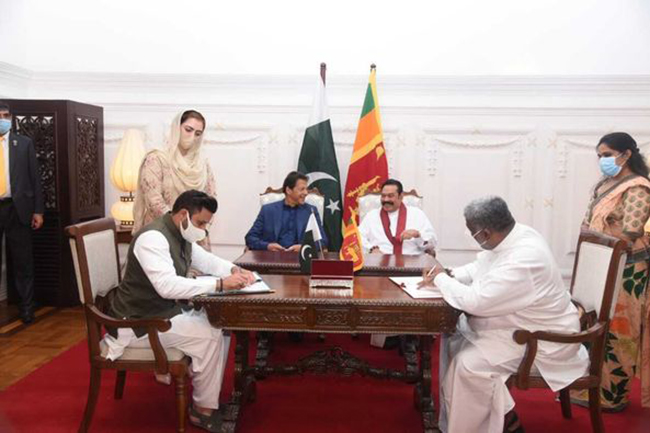