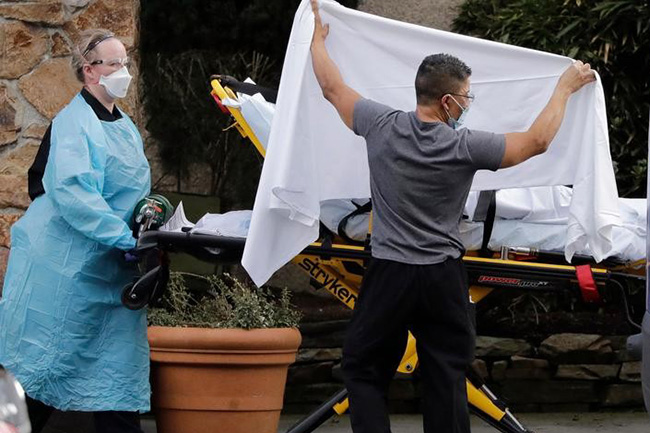 The EU said on Thursday it was on track to hit its target of vaccinating 70 percent of adults by the end of the summer although progress remains sluggish, while the global coronavirus death toll topped 2.5 million.

The milestone came as a new study showed Pfizer’s Covid jab to be 94 percent effective, raising hopes for mass immunization campaigns to help end the pandemic.

The World Health Organization (WHO), meanwhile, urged governments to try to better understand the long-term consequences of coronavirus on some sufferers, calling the impact of prolonged symptoms a “significant” burden.

After a video summit of EU leaders focused on the bloc’s vaccination roll-out against COVID-19, European Commission chief Ursula von der Leyen said fully vaccinating just under three-quarters of adults by late summer was a “goal that we’re confident with”.

But EU leaders warned that tight travel restrictions must remain as the bloc stepped up “efforts to accelerate the provision of vaccines”, although it would take months, not weeks, to build enough vaccine supplies.

Some leaders like Austria’s Sebastian Kurz want Europe to develop a so-called “green passport” for those who have been vaccinated to travel and socialize.

“We want to get back to normal as quickly as possible, have our old lives back and maximum freedom,” Kurz tweeted.

The bloc has been plagued by vaccine supply problems and has come under fire for its stuttering rollout.

Just four percent of the EU’s 450 million people have received at least one jab, according to an AFP tally.

The COVID-19 vaccines are boosting hopes that countries can finally start to emerge from the pandemic that has killed more than 2.5 million people and infected at least 112 million worldwide.

But rollouts have been patchy so far and most of the 217 million vaccine doses administered globally have gone to wealthier countries, with Israel and the United States leading the way.

Britain, which has also forged ahead with its vaccine drive, said Thursday it was lowering its alert level from the highest tier, citing a dip in cases.

The latest data about the Pfizer vaccine came from a large real-world study published in the New England Journal of Medicine Wednesday that involved 1.2 million people in Israel, where 52 percent of the population has received at least one dose.

The jab’s efficacy against symptomatic COVID-19 was 94 percent seven or more days after the second dose -- very close to the 95 percent achieved during clinical trials.

“This is the first peer-reviewed large scale evidence for the effectiveness of a vaccine in real world conditions,” Ben Reis, a researcher at Harvard Medical School and one of the paper’s authors, told AFP.

And on Thursday, Pfizer and BioNTech said they were looking into adding a third dose to their vaccine regimen, six to 12 months after the booster jab.

The firms also said they were talking to regulators about testing a modified version of their vaccine to target the more contagious South African variant.

In China, where the virus first emerged late last year, the national drug authority approved two more vaccines made by domestic companies for public use, bringing the number of Chinese vaccines to four.

As spirits were buoyed over the good vaccine news, the WHO urged governments to look into long-term COVID, which causes some people to show symptoms for months, including tiredness, brain fog, and cardiac and neurological disorders.

“It’s a clear priority for WHO, and of the utmost importance. It should be for every health authority,” said Hans Kluge, regional director for WHO Europe. ee Hudson Young after a series of nips and tucks.