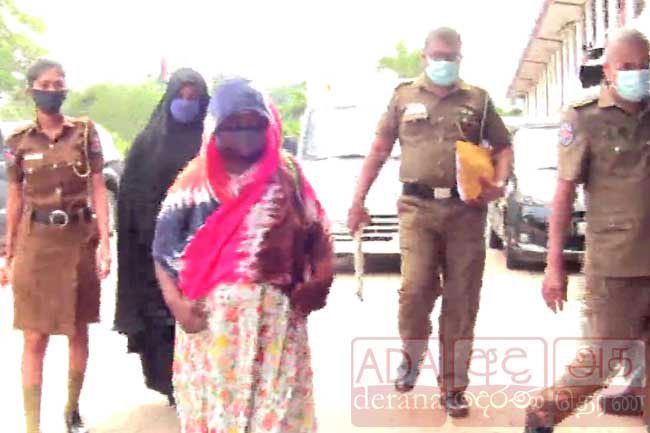 The mother and the woman who performed a ritual on a 09-year-old girl in an alleged ‘exorcism’ have been remanded over the death of the child.

The Mahara Magistrate remanded the two women until March 12 when the case was taken up at the court today (March 01).

On February 27, a 9-year-old girl died after she had been beaten by a cane in an alleged ‘exorcism’, and the mother of the child and the woman who carried out the ritual were arrested.

The mother in question had taken her daughter to a woman performing similar rituals in Meegahawatta, Delgoda, claiming that her child had been taken by ‘evil spirits’.

The woman at the ‘treatment center’ had anointed some oil on the child before beating her with a cane to ‘expel the demon within her’.

The child had lost consciousness during the process and had been rushed to the Biyagama Hospital in critical condition. However, she had been pronounced dead on admission to the hospital, according to the Police.

The postmortem examination of the girl’s body was scheduled to be held today at the Ragama Hospital.

Meanwhile, the police have obtained six statements regarding the incident and the police media spokesman said that further investigations are being carried out into the matter.