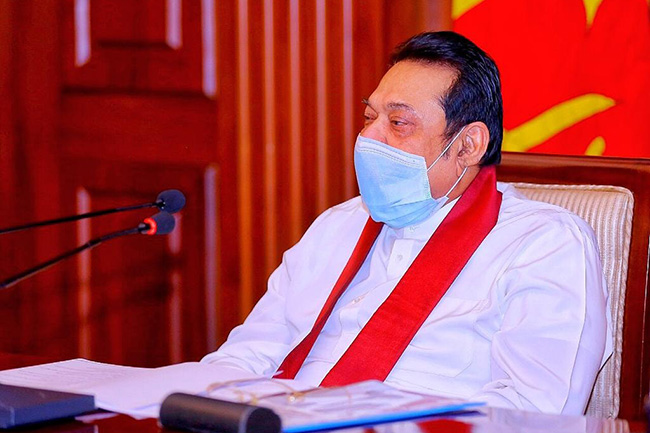 Prime Minister Mahinda Rajapaksa has given directives to include the subject of health in the draft of new Constitution as a closed service that operates under the Central Government.

The directives came after a request made by the chief of Government Medical Officers’ Association (GMOA) Dr. Anuruddha Padeniya during a discussion held at the Temple Trees.

The problems faced by health workers and the solutions put forward by the GMOA for the relevant issues were taken up at the meeting, Prime Minister’s media said.

PM Rajapaksa has further instructed the GMOA to jointly work with the Education Ministry to make necessary arrangements to bring down the age limit of graduates from government medical faculties to 22-23 years.

Looking into the issue pertaining to the Sri Lanka Medical Council, the prime minister directed Health Minister Pavithra Wanniarachchi to maintain the independency of the council.

The Prime Minister’s media further stated that extending the retirement age of all doctors to 62 or 63 years was also taken up during the meeting.