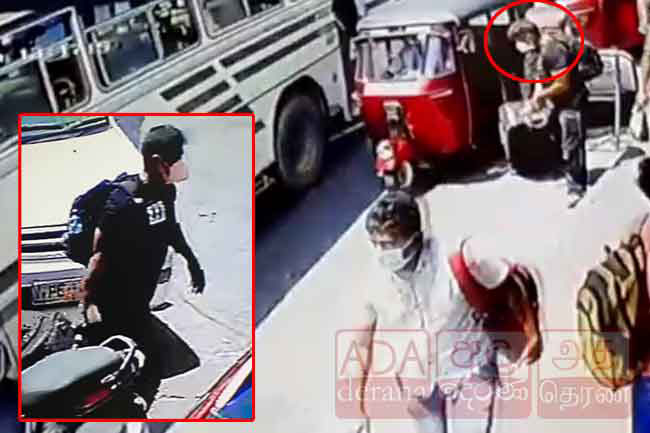 It has been revealed that the decapitated body of a woman found in a suitcase at Dam Street had been transported from Hanwella all the way to Colombo in a Hanwella-Pettah (143) bus.

The footage of the suspect who had brought the suitcase to that location had been caught in a nearby CCTV camera. It shows the suspect, wearing a face mask, dragging the suitcase along the road before leaving it on the roadside and then leaving.

Further investigations have found CCTV footage showing the same person getting on to the bus and then getting off at Pettah.

Investigations on the footage have led to the identifying of the relevant private bus. Interrogation of the bus driver and the conductor has revealed that a person carrying a suitcase got on to the bus from Hanwella, police said.

On March 01, an unidentified body of a decapitated woman was discovered stuffed inside a suitcase that had been abandoned at Dam Street in Colombo.

However, the head of the body has not found inside the suitcase.

Police stated that the victim is a woman believed to be around 20 years of age.

The general public is requested to relay any information into the incident or the persons involved to the following telephone numbers.