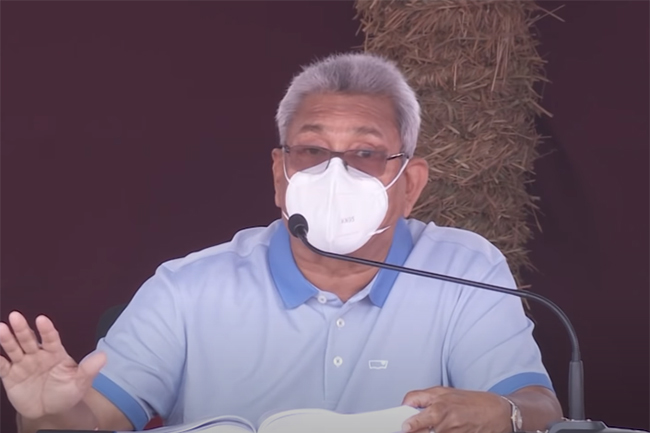 President Gotabaya Rajapaksa says the government will take necessary measures to punish the individuals who were responsible for the Easter Sunday terror attacks.

Quoting the report of Presidential Commission of Inquiry (PCoI) which investigated the explosions, the President said previous government has not given priority to national security since 2015.

“The inefficient government was a major factor in the events which took place on the 21st of April in 2019,” he went on to quote the report, adding that “not only the former President and former Prime Minister, but also the former government must be held responsible.”

But those who served in the previous government now act as if they were not a part of it, the President continued.

Speaking further on the matter, the President remarked that national security was given priority when Prime Minister Mahinda Rajapaksa was serving as the President.

It is evident through the Presidential Commission’s report that failure to continue prioritizing national security paved way for the events on 2019 Easter Sunday, the President observed.

He also dismissed the “baseless” claims that the current government is responsible for the Easter Sunday terror attacks.