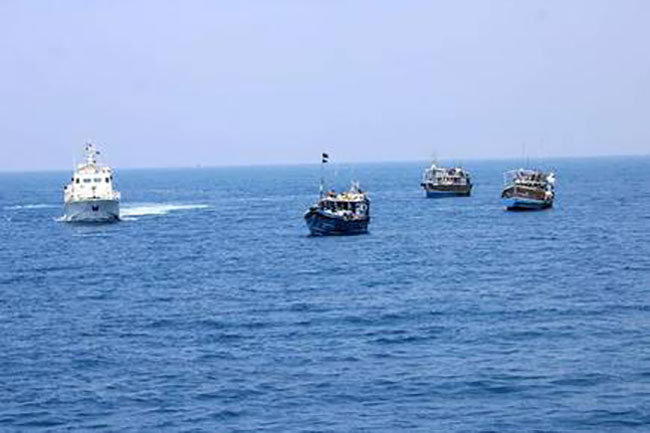 According to a statement issued by the Indian Defence spokesperson, the boats were sighted by the ICGS in the Indian Territory water at around 9 am on March 5, while patrolling near Lakshadweep islands.

Preliminary investigation has revealed that the boats were using unauthorised communication equipment and were carrying narcotics onboard.

The boats were brought to Vizhinjam harbour for rummaging and detailed joint interrogation by all security agencies concerned.

The crew of ‘Akarsha Duwa’ confessed that they had received around 200 kg heroin and 60 kg hashish from a Pakistani boat, 400 Nautical Miles west of Lakshadweep islands.