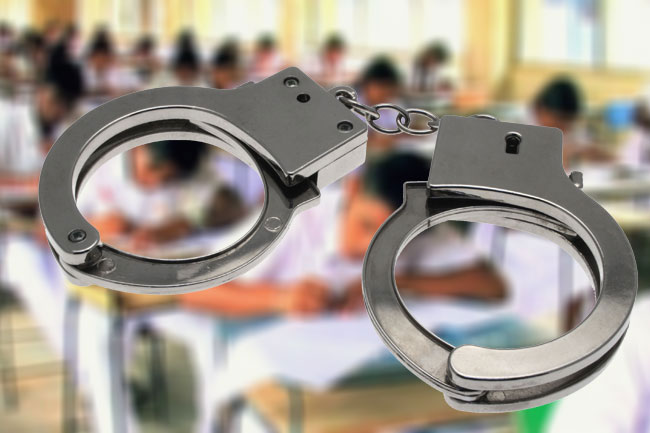 A person impersonating a candidate at the G. C. E Ordinary Level Examination has been arrested in Anuradhapura.

Reportedly, a 21-year-old youth had attempted to take the mathematics paper of the 2020 O/L exam on behalf of his cousin at the Kaluwila Exam Center.

Ipalogama Police had carried out the arrest based on a tip-off received by the exam invigilator.

The arrested youth is a resident of the Weerawila area in Tissamaharama and he had come to Anuradhapura to face the exam, according to Police Media Spokesperson DIG Ajith Rohana.

The arrestee will be produced before the court today (March 09), the DIG said.

Meanwhile, two more individuals – from Mullaitivu and Walasmulla -have been arrested over similar charges during the 2020 O/L examination, DIG Ajith Rohana said.

He added that they could be charged under the criminal law as well as examination law in the country.