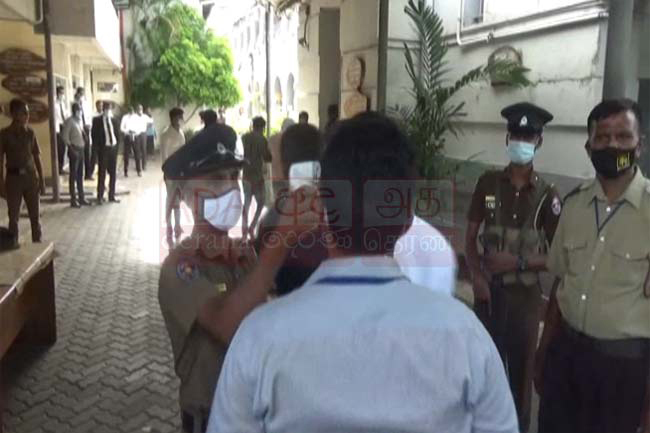 The 17 suspects including the officers of Police Narcotics Bureau (PNB), who were arrested in connection with a drug racket, have been further remanded.

They were produced before the Colombo Magistrate Buddhika Sri Ragala earlier today (March 09).

Accordingly, the suspects were again placed under remand custody until the 23rd of March.

The suspects were taken into custody last year over their alleged links to a racket through which drugs seized by the PNB were sold to drug traffickers.