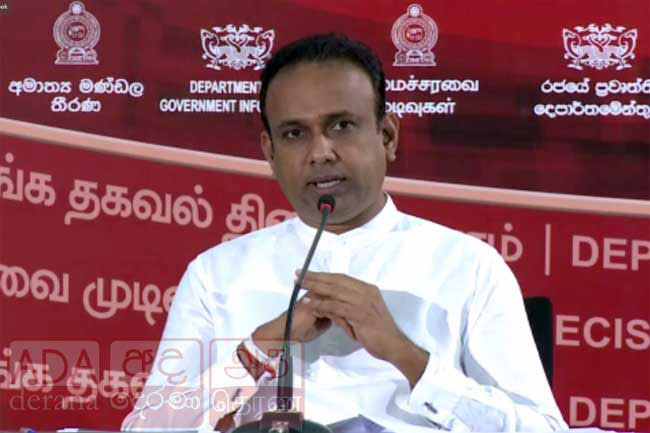 There might be a slight delay in the delivery of the one million doses of the COVID-19 vaccine ordered from the Serum Institute of India, says Cabinet Spokesperson Minister Ramesh Pathirana.

He mentioned this during the press conference held today (09) to announce the Cabinet decisions.

The Minister explained that the delay may occur due to a fire which recently broke at a building of the manufacturing plant.

Pathirana further said, “We should be pleased with the number of vaccines currently available in Sri Lanka. There are over 110 countries in the world that have not yet received a single dose of the vaccine. We have received 1.26 million vaccines so far.

One million vaccines are expected to be purchased in the future. However, as you know, there is a possibility of a slight delay due to the fire that broke out in a manufacturing company called Serum. However, they have stated that they respect our order and will provide the vaccine as soon as possible.”