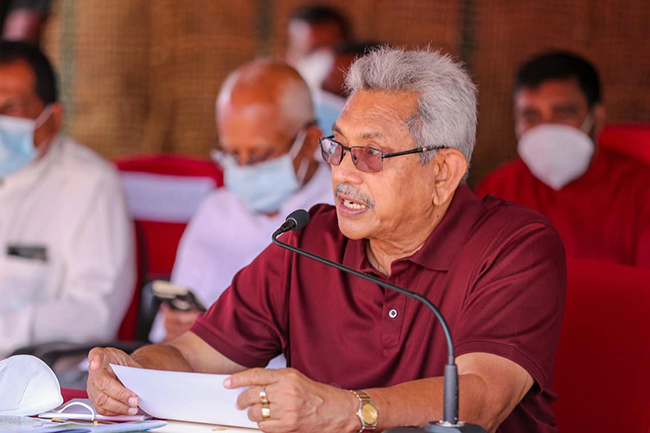 Will not betray sovereignty of the country, President assures

Sri Lanka has no intention of intervening in the power struggles of the giants in the Indian Ocean region, says President Gotabaya Rajapaksa.

“We have no desire to propagate the neoliberalism of some countries or to intervene in the power struggles of the superpowers in the Indian Ocean.”

He stressed the sovereignty of Sri Lanka will not be betrayed by allowing these countries to achieve their geopolitical needs by introducing separatism under the guise of power devolution.

Government is prepared to face the international challenges, the President added.

Speaking on the government’s move to withdraw from the co-sponsored resolutions of the UNHRC, the President said the resolutions had adversely affected the sovereignty and freedom of the country.

The President also stated that his tenure in office so far was spent on righting the wrongs of the previous government which in turn cause various issues.