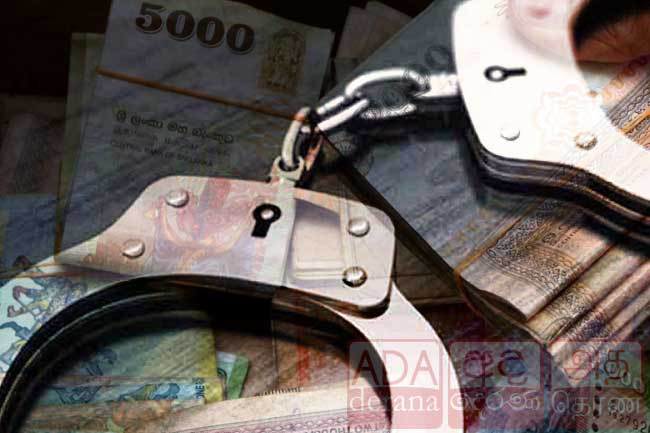 A 27-year-old person, who was in possession of Rs. 136 million in his bank account deposited by a foreign source, has been taken into custody.

The arrest was made by the Criminal Investigation Department (CID) on Wednesday at Dharmarama Road in the area of Ratmalana, the Police Spokesperson DIG Ajith Rohana said.

The money has been deposited by the notorious criminal Dharmasiri Perera who is said to be in hiding in the United Arab Emirates (UAE). He is currently operating from Dubai, the police spokesperson said.

The arrestee is expected to be produced before court today.

The police spokesperson said another suspect who was accused of a similar offence was arrested by the CID several months ago. Probes into the bank account of this particular suspect have revealed that Rs. 190 million had been deposited by the said criminal.

Rs. 136 million of this total amount had been later transferred to the bank account of the arrestee from Ratmalana, DIG Rohana said further.