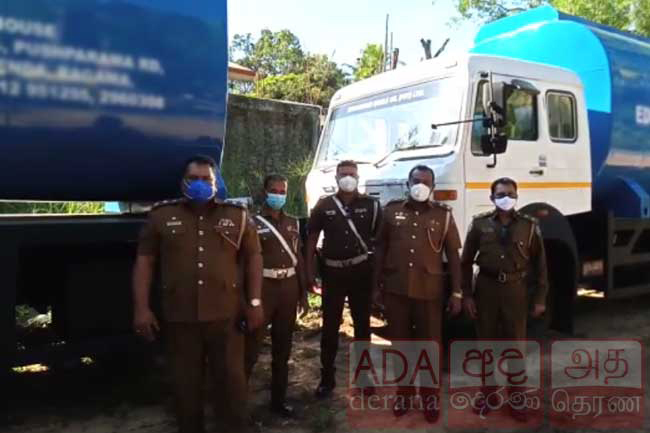 Tests carried out on samples from the two bowser trucks containing coconut oil – which were recently taken into custody at Dankotuwa – have indicated the presence of Aflatoxin, says the spokesperson of Sri Lanka Customs.

The two bowser trucks were seized by Dankotuwa Police on the 30th of March, on suspicion of containing carcinogenic substances.

A total of 27,500 liters of coconut oil had been taken into custody from the two bowser trucks which were parked at a mill in the Dankotuwa area.

Samples from seized coconut oil stock were directed to the Government Analyst for testing.

On March 30, Marawila Magistrate called for a report from the Government Analyst on the samples from the coconut oil stocks in question and to keep the two container trucks in the custody of the court.

However, the two container trucks had been handed over to the Customs on March 31 under police security.

Marawila Magistrate had accordingly ordered the Inspector-General of Police (IGP) to conduct an investigation into handing over two container trucks to the Customs.